A Sporting Chance: How Ludwig Guttmann Created the Paralympic Games

“A Sporting Chance: How Ludwig Guttmann Created the Paralympic Games,” by Lori Alexander, is an outstanding book about someone who made a phenomenal difference in countless lives. Although I was familiar with the Paralympic Games — having a child who has a prosthetic leg and swims competitively, including in the Paralympic Trials — I had no idea how the games came to be or that a single individual was the driving force behind them.

The author does a great job putting Guttmann’s vision and passion in context and helping the reader understand people’s attitudes toward those with physical disabilities before Guttmann came along. Also, this book is heavily illustrated, with both photographs and drawings (by Allan Drummond), which makes the subject material extra inviting.

Guttmann didn’t start out with a vision for uplifting paraplegics, culminating in the Paralympic games. It was more that his life, through some events outside his control, plus his own commitment and curiosity, led him to work with paraplegics, which led to him to figuring out good ways to help them recover and live full lives.

Guttmann, a native of Germany, was a highly accomplished neurologist when World War II began. But as a Jew, his life in Nazi Germany was imperiled, so he and his family escaped and settled in England. Eventually, the British Army asked Guttmann to establish a clinic to help those with spinal cord injuries.

When Guttmann began his work at Ward X at the Stoke Mandeville Spinal injury Center, just outside London, 80% of people with spinal cord injuries died within a year.

Typically, a patient with a spinal cord injury was put in a full body cast and then basically put in a corner to die. Typically they succumbed to infection within weeks of their injury. Paraplegics were “consigned to the human scrapheap,” and many felt that “the sooner they died the better.”

Ludwig Guttmann was an ordinary person. But because of his passion and vision he not only saved lives, he changed the public’s perception of people with physical disabilities. To me, that is extraordinary.

Then along came Guttmann: He cut his patients out of their full body cast and put them on a bed surrounded by pillows; He trained orderlies to turn the patient every two hours; He used penicillin powder to cure their bed sores; and he put a catheter in their urethra so they could empty their bladder without getting kidney infections.

Thanks to his work, 80% of his patients survived a year and more after their accident. Guttmann changed — and saved — lives. But he did more. Guttmann was convinced that these patients were not, as they were known, “incurables.”

Guttman’s vision wasn’t rocket science. Instead it grew from his understanding that his patients, even if they didn’t have a great prognosis, deserved the best treatment possible.

He did things that, at the time, seemed outrageous, but seem logical once they were done. For example, instead lying in their beds like invalids, he had these young people (many coming back from the war) sit up in bed. At first, they complained of dizziness and nausea, since they’d been lying down for so long.

Once they got used to sitting up, Guttmann put them in wheelchairs so they could move around. But then what? They had nowhere to go and nothing to do. Next he set up a space where they could learn wood working or typing. Many also earned degrees in law or accounting.

Guttman often told his patients: “don’t be lazy” and “help yourself.” According to Alexander, one patient joked that Guttman kept them so busy, “there’s no bloody time to be ill in this bloody place.”

Even without having created the Paralympic Games, Guttmann would have had a huge role in improving the lives of paraplegics.

But he did get the idea for the games! After seeing some patients playing a kind of improvised wheelchair hockey, using walking canes to hit the puck, Guttmann realized that competing in team sports could really boost the well-being of his patients.

After some practice, his patients could — and did — compete in archery against able-bodied athletes. Another time Guttmann arranged a demonstration between the best javelin thrower at Stoke Mandeville and the British javelin champion. Both athletes threw from a sitting position and the Stoke Mandeville champion won by a mile. These kinds of demonstrations began to change the general public’s view— for the better — of what physically disabled people could do.

In 1948 Guttman held the first annual Stoke Mandeville Games, which coincided, Alexander points out, with the opening ceremonies of the Olympics being held that year in London. That first year the event was held on the front lawn of the clinic. There were 16 competitors and the only event was archery.

Ludwig Guttmann was an ordinary person. But because of his passion and vision he not only saved lives, he changed the public’s perception of people with physical disabilities. To me, that is extraordinary. 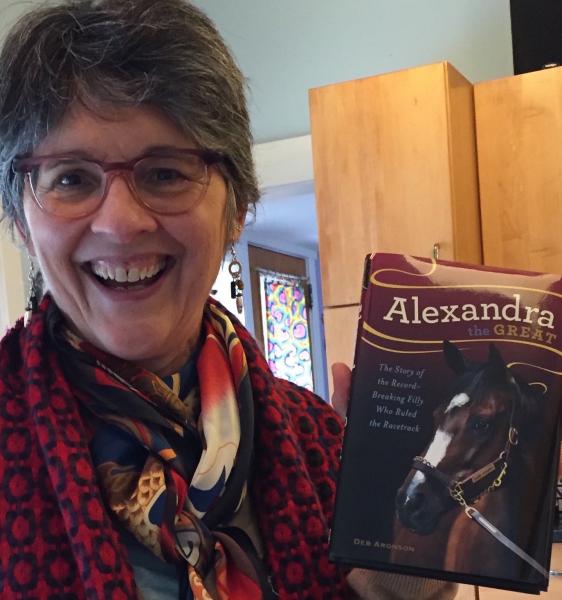